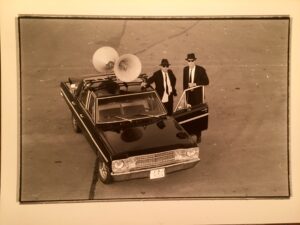 After being banished from their hometown for disorderly conduct, the brothers moved to Calumet City, Illinois. Here is where the musical career of the Moose Brothers has its beginnings.
It all started when an apparition in the form of a gigantic moose head appeared before the brothers one night and told them, in an omnipotent voice, to start a blues band. Unfortunately for Fake and Elkwood, another pair of brothers in the same city had a similar vision. As a consequence, two blues bands were founded in the same city, at the same time, performing the same repertoire. 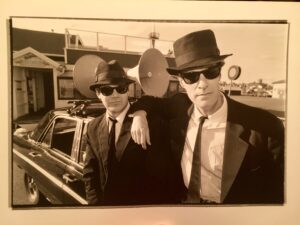 A long legal battle between the two pairs of brothers ensued and the Moose Brothers were fined, sent to prison and exiled to Sweden.
Now after serving their time, the Moose Brothers have come to Sweden to pick up where they left off. Playing the rhythm ´n Blues as only they can – in a show packed with more sweet, more energy and more music than any other brothers in the business. 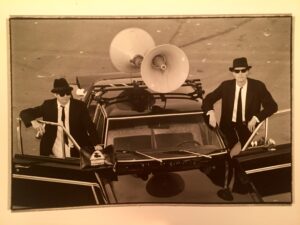